Serbia is located in East Central Europe. A recent study was conducted by the Institute of Botany at the University of Belgrade to determine seasonal variations in rosemary (Rosmarinus officinalis) essential oil in Belgrade, Serbia.

This research is of interest because it shows how critical the time of collection of rosemary plants is in determining the chemical composition of the oil. To obtain the optimum mixture of chemical constituents, the grower must know to the very day the best time to harvest the plants. 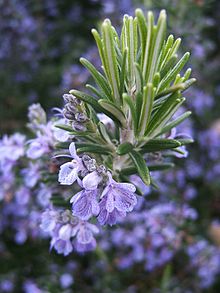 Rosemary plants of the same genotype were tested by GC and GC-MS from 16 samples collected each month during the growth cycle of the plant.

There are topical applications of rosemary essential oil that would exclude the use of this Belgrade rosemary oil because of its high camphor content and lack of limonene. Regardless, this study is helpful in understanding the difference a day or two in the harvesting schedule can make to the constituents of an essential oil distilled from rosemary plants.

The samples that were collected were separated into three “clades.” This term was coined in 1958 by a botanist to describe “branches” of the tree of life: an ancestor and all descendants. “The ancestor may be an individual, a breeding pair, a population or even a species (extinct or exant).”1

The 2013 study concluded, “The fact that the same genotype during the growing seasons can synthesize oils that are so different that they can be classified as different chemotypes confirms the opinion that the chemical composition of essential oils sometimes critically depends on the time of collection. Also, for the definition of chemotypes, it is not enough to base this on a chemical analysis of an oil from one phenophase only.”3