A “poster presentation” by Chinese scientists at Clemson University discusses “Antioxidant, Anticarcinogenic and Termiticidal Activities of Vetiver Oil.”2 A poster presentation delivers high quality science but is a different medium from either oral presentations or published papers “and should be treated accordingly.”3 The paper reported that “At the concentration of 10_l/ml, the DPPH radical scavenging effect of vetiver oil (93%) in antioxidant activity was higher than that of 1mM BHT (73%) and equivalent to 1mM tocopherol (93%).” Butylated hydroxytoleune (BHT) is a fat-soluble, organic compound derivative of phenol. It is “useful for its antioxidant properties.”4Tocopherols are derived from vegetable oils and have vitamin E activity.

This presentation tells us that vetiver oil is a better antioxidant than BHT and equal to tocopherol.

Researchers at the Department of Microbiology at the University of Western Australia took a look at 52 plant essential oils and extracts for activity against Acinetobacter baumanii, Aeromonas veronii biogroup sobria, Candida albicans, Enterococcus faecalis,Escherichia coli, Klebsiella  pneumoniae, Pseudomonas aeruginosa, Salmonella entericasubsp. enterica serotype typhimurium, Serratia marcescens, and Staphylococcus aureus. The test results on vetiver were quite interesting. The oils that had the lowest minimum inhibitory concentrations against the bacteria were 0.03 percent thyme oil against C. albicans and E. coli and vetiver oil at 0.008 percent against S. aureus.

The conclusion of the study was: “These results support the notion that plant essential oils and extracts may have a role as pharmaceuticals and preservatives.”5

Indian grass KHUS (Vetiveria zizanioides L. Nash) was the focus of a 2012 study from India. The researchers from the Central Institute of Medicinal and Aromatic Plants tested vetiver in an ethanolic extract as well as the spent root against Mycobacterium tuberculosis H(37)Rv and H(37)Ra strains.

The researchers concluded: “Our results suggest that ethanolic extract and hexane fraction exhibited potent antimycobacterial activity.”6 (A good study, but why didn’t they test vetiver essential oil at the same time they tested the extract?) 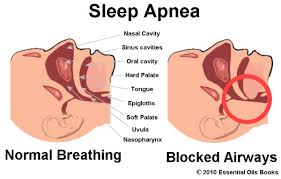 Abnormal pauses in breathing during sleep create a host of problems. Israel’s Weizmann Institute and the Assuta Medical Centers in Tel Aviv studied the influence of odorants on sleep respiratory patterns. Researchers used pleasant and unpleasant odorants via a small nasal mask with a regulated airflow. The study notes that “the odorant stimulus was not a puff of air but rather a block of odorant embedded within an airflow that was constant for the duration of the study.”7 Two natural odorants were used: “pleasant” undiluted lavender oil and “unpleasant” undiluted vetiver oil. Also tested were 3 percent vanillin (pleasant) and 1 percent ammonium sulfide (unpleasant).

The results of the study found that “all 4 odorants transiently decreased inhalation and increased exhalation for up to 6 breaths following the odor onset. . . . These results suggest that the olfactory system may provide a path to manipulate respiration in sleep.”

A 2012 study in the journal Biomedical Research echoes the results of a 2001 unpublished study by Terry S. Friedman, MD, ABHM. First, we will review the 2012 study. Researchers from Kyushu University in Japan studied the effects of volatiles emitted from cut vetiver roots on humans during a visual display terminal task. Participants who breathed volatile vetiver compounds in a “low-dose condition showed faster reaction times and stimulation of sympathetic nerve activity as measured by electrocardiography. . . .

These findings indicate that volatile compounds emitted from the roots of V. zizanioides under low-dose conditions may have helped subjects to maintain performance in visual discrimination tasks while maintaining high sympathetic nerve system activity.”8 It is of interest that these effects were not observed under high-dose conditions. With some compounds, especially essential oils, a little goes a long way.

Dr. Friedmann’s study was of 16 children ages 6 to 14, previously diagnosed with Attention Deficit Hyperactivity Disorder (ADHD). None were on medication at the time of the study. Sixteen controls received no treatment.

Participants were administered the TOVA test (Test of Variables of Attention), which evaluates attention to stimuli and the degree of impulsivity, which can detect the possible presence of ADHD. The participants were also evaluated by real-time EEG, measuring their beta (13-30 cycles per second) waves, which are produced by the brain when the subject is alert or performing a task and theta waves (4-8 cycles per second), which result from a state of sleep or daydreaming while awake.

The test subjects were divided into three groups and received lavender, cedarwood, or vetiver essential oil. The subjects were asked to inhale the aroma of the oil they received three times a day by holding the bottle next to the nostrils and taking three deep inhalations.

While one study in this article called the aroma of vetiver essential oil “unpleasant,” the grass root essential oil redeems itself with a number of helpful health benefits.